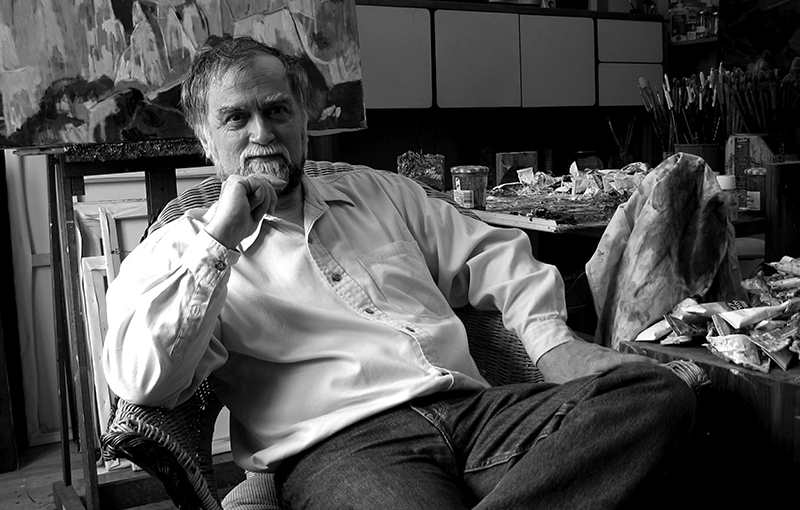 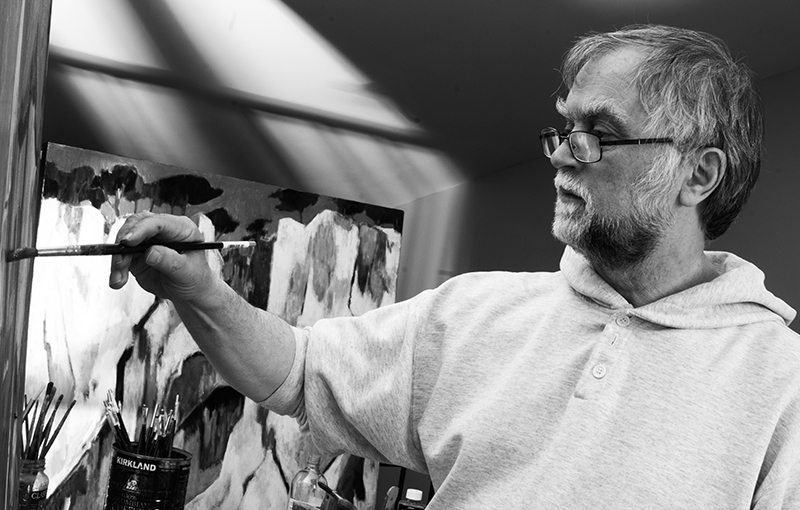 Pierre Pivet, born in 1948, left his native Normandy to join his parents and two brothers in Paris at the age of five. He grew up in a working class neighborhood of the City of Light.

Attracted to painting as a teenager, he was forced by his parents and the lack of financial means to enter the work force at the age of sixteen. He then nourishes what is already a passion only during his free time.

After the death of his parents in 1969, he left his job and devoted himself entirely to painting during a two-year stay in San Francisco, USA.

After the death of his parents in 1969, he quit his job and devoted himself entirely to painting during a two-year stay in San Francisco, U.S.A. Back in Paris in 1974, he joined the Port-Royal Academy, where he studied painting for three years under the guidance of teachers Claude Schürr, Jean Marzelle and Jean-Maxime Relange. He won the first prize in 1976 and began exhibiting the same year, kicking off a long artistic career. His life is then punctuated by voyages of discovery and significant encounters, including that of the painter René Brochard, with whom he became friends.

In 1983, he left Europe to settle in Montreal, Quebec.

In addition to his participation in numerous exhibitions, Pierre Pivet has participated in more than ten group exhibitions over the years. In addition, his works have been presented to the general public in various countries in solo exhibitions since 1973, at an average rate of one exhibition per year.